Original Songs: About My Songwriting 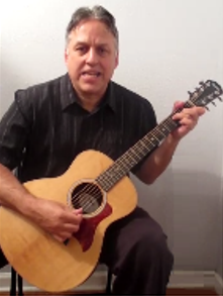 My Earliest Songs: I first attempted songwriting back in the mid 1970’s.  I would listen to songs that were popular on the radio and I would change the words to make funny songs based on a certain topic or theme.  I did actually write some of my own original songs, but many of them were discarded.  However there were a few lyrics or themes that survived and carried over into rewrites or parts of later songs.

Coyote Creek Ramblers: In the 1980’s I started learning to play old time fiddle music and blue grass.  I got together with a group of friends in a band called the Coyote Creek Ramblers and we played on stage at the fiddlers, nursing homes, a local restaurant and we did house concerts for anyone who was willing to listen.  I cowrote a song called The Drifter, which became of favorite and was often requested at places where we had gigs.

Drifting Away From Music: Just like The Drifter, the members of The Coyote Creek Ramblers became absorbed in their own lives and drifted apart from music.  Music became neglected, even though a passion for making music still burned inside of me.   I went to San Jose State University and Majored in English.  I met my wife in an English class and we got married in 1990’s.  We had two daughters in the 2000’s and I began to focus on settling down with my family and making a living to support them.   But I never lost the desire to create write and make music.

Mississippi John Hurt:   I used to listen to old blues recordings.  I listened to Charlie Patton, Blind Blake, Blind Boy Fuller, Reverand Gary Davis, Robert Johnson and Mississippi John Hurt.  I had an old Homespun Tape of Merle Watson’s fingerstyle guitar and I practiced and learned most of the songs.  Once I had a friend that heard me playing guitar and mistook it for a record.  He said, “Man, you sounded like one of those old guys playing the blues.”  I thought it was one of the greatest compliments anyone had ever given me.  I was thinking about these times when I found a book called Stephan Grossman’s Early Masters of American Blues Guitar: Mississippi John Hurt at Gryphon Music Store.  I started practicing and learned to play most of the songs in this book.

Zombie Trailer Park: I was just starting to get back into playing the guitar when me and my family were involved in a collision with a drunk driver on New Years Day of January 2011.  That crash totaled my car.  It effected every member of our family in someway and it totally changed my life.  During this time I began to reexamine my life and think about what was important to me.  I was laid up for awhile and couldn’t go to work.  I was playing Zombie Trailer Park and practicing my guitar.  I was still angry at the drunk driver who tried to run away and was arrested and went to prison with his second DUI.  My activities manifested themselves into a lyric which I composed on the guitar.  That song was called The Zombie Trailer Park Song.  After I wrote this song the lyrics began flowing out of me… Eventually I had written over 100 songs.  So I guess I should be grateful for the events which followed the accident… but the memory of that crash, and what could of happened to my family, still haunts me to this day.

Making Videos and Recording: I continued to learn about songwriting, I read books,  took some classes and I exchanged songwriting with my friends.  I bought my Taylor guitar and began experimenting with recording and making videos in 2014.  My first videos recordings were with a Fuji Fine Pix Camera, which often blurred when they were downloaded on my computer and mixed with Audacity.  Eventually I purchased a Blue Yeti Microphone and began making videos and recordings in my closet.  My early videos had clipping and poor sound quality because I was still learning how to set up the microphone and use the Audacity software.  But I was determined to upload my music on to YouTube.  This past year I purchased a second Blue Yetti 10th Aniversary microphone and then I finally learned how to set up the microphone and edit my recordings with Audacity.

The progression continues: So this is where I am today.  Writing songs, videos and recordings and posting them on YouTube.  Trying to get back into performing live with my songs if I can find a venue which supports it.  Trying to connect and collaborate with other musicians who can add additional elements to my music.  Trying to perfect myself in hopes that I can be like my songwriting heros like John Prine, Todd Snider, Ray Wylie Ray Hubbard and Peter Rowan.  Always moving forward as I try to tap into my musical influences like Mississippi John Hurt, Robert Johnson, Muddy Waters, Howlin’ Wolf, Lightning Hopkins, Elvis Presley, Jerry Lee Lewis, Roy Orbison, Freddie Fender, George Jones,  Alan Jackson, Bruce Springsteen, The Ramones, Bob Marley, Sublime and Reel Big Fish for songwriting inspiration.

I hope you enjoy the songs I post on this website and that this page may have inspired you in someway to follow me on my musical journey.

Sign Up to receive Updates on my Original Songs and Free Flatpick and Fingerstyle Guitar Lesson Videos.

My theme powered by Dennis Hartman

Find Your Next Guitar at zZounds

Secure Your Domain With An SSL Certificate From Namecheap

Check out ZZounds For Your Recording Needs!